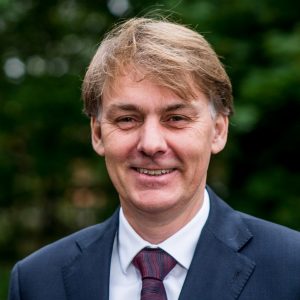 As an advisor, I focus mainly on strategic, institutional economic and innovation issues in the telecommunications, new media, primary care and ICT education sectors, in addition to my role as director and co-founder of Dialogic. Digitization and its impact on market forces and the renewal in societal sectors are a key issue in my advisory work of the past twenty eight years. This advisory work started as an industrial economist and researcher at TNO Strategy, Technology and Policy.

Untill the end of 2019, I was also the director of CBB (Co-operative for Basic Care in the Neighborhood) and active with data provision for primary care. Furthermore, we try to provide MBO and HBO students with a working and learning environment in our ICT Lab Utrecht, which enables us to perform concrete Smart City assigments for regional businesses and professional institutions. In short, innovation in the field of education and the labor market.

In my broadband and telecom advisory work, I have been responsible for a large number of broadband projects in various provinces and municipalities in the Netherlands as a project manager for the last ten years. I am also an adviser in business modeling and investment strategies for Next Generation Infrastructure Projects (NGA) for other governments and companies.

Previously, I was active as: